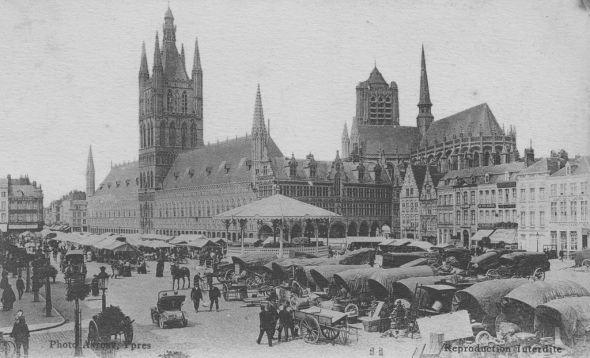 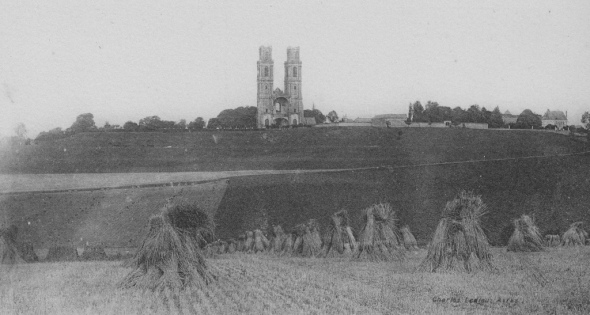 Today is the 96th Anniversary of the Battle of Arras, the first British offensive against the Hindenburg Line and something of a forgotten battle. It was very much a British and Commonwealth battle, with Canadians attacking to the North at Vimy Ridge, New Zealand tunnellers working beneath Arras and Australians on the flank at Bullecourt. Amongst the British divisions were all three Scottish formations: 9th (Scottish), 15th (Scottish) and 51st (Highland), so like Loos in 1915 it was also something of a ‘Scottish battle’ too. Arras turned into a bloody struggle, despite early success on this day in 1917 but aside from the success of the Canadians at Vimy and the terrible loss of Australians at Bullecourt – often wrongly seen as separate battles by some – it is little remembered and aside from books like my Walking Arras, Jeremy Banning & Peter Barton’s Arras 1917 and Jon Nicholl’s Cheerful Sacrifice it has rarely attracted the attention of Great War historians in print. As we move towards the WW1 centenary, hopefully that will change.

This image comes from a special collection of Canadian images from the fighting at Arras that belonged to a CEF staff officer and shows Canadian troops on the slopes of Hill 145 looking down in the Douai Plain; it certainly emphasises how important a terrain feature was to both sides.

The abbey of Mont St Eloi is located on a ridge north of the city of Arras. An abbey was first built here in the seventh century but the buildings that became a landmark on the Arras front date from the eighteenth century. Fighting raged around St Eloi in 1914 and 1915, as the French advanced on the nearby Notre Dame de Lorette and Vimy Ridge. Shells damaged the main towers and much of the main abbey building.

When the British came to Arras in 1916 they established billets in Mont St Eloi, medical facilities, gun sites and a Royal Flying Corps aerodrome beneath the twin towers of the abbey. Thousands of troops were here in the lead-up to the Battle of Arras in April 1917 and again when the fighting returning in 1918. It was even said that a pilot flew between the towers in 1918! To many who served on the Arras front, it was very much a local landmark.

Today the towers of Mont St Eloi are a protected French national monument and very much part of local tourism in the Pas de Calais.

Following the fighting on the Western Front in 1914 the war became stalemate and both sides dug in. The Indian Corps spent that first winter in cold and wet conditions that they struggled to cope with and many men became casualties of the elements as much as of the enemy. Although the Indian Corps took a leading role at Neuve-Chapelle and also the diversion for the Battle of Loos in 1915, another bad winter was feared and so gradually the Indian units were pulled out and moved to Mesopotamia or Palestine. A few cavalry units stayed behind but by 1917 Indians returned in large numbers with the formation of the Indian Labour Corps. By this stage of the war Britain had realised that infrastructure and a large available labour force was a key to victory, and so recruited foreign labour from every corner of the Empire, including India.

This image shows men of the Indian Labour Corps on the battlefield sometime in 1918. Trenches cut in chalk are visible behind the group, probably placing this near Arras or on the Somme. The presence of a bell tent would indicate this is some distance from the fighting, however. The white British soldiers are likely to be the NCOs in charge of the unit, as was common practice with all foreign labour units. The Indian Labour Corps was very active on the Somme front in 1918, their men assisting in the post-war clear up as much as the more famous Chinese Labour Corps.

The village of Monchy le Preux was scheduled to be captured on the first day of the Battle of Arras but was not taken for several days after heavy fighting and a costly – and rare – cavalry charge. The men of the Newfoundland Regiment took over the village and defended it against a German counter-attack on 14th April 1917, it becoming one of their major battle honours and one of the reasons leading to them becoming a ‘Royal’ regiment.

This image comes from a small album of photographs taken by a British Gunner veteran who returned to the Arras battlefields where he had fought in the 1920s. It shows the Newfoundland Memorial – a Caribou – mounted on a British observation pillbox, itself built into an old house. Around the memorial the village is rising from the ashes – beyond it the as yet incomplete mairie can be seen, for example. The memorial is one of five similar Caribous placed on the key battlefields where the regiment fought in WW1; a sixth is in Newfoundland itself.

During the Great War the Germans produced a vast amount of images depicting the conflict; unlike in the British Army, German soldiers were not punished if they had cameras and every German division appears to have had a photography unit that took images which were put onto postcard as souvenirs for the soldiers. In addition, many German units published photo books while the war was still on and these give us a valuable insight into the battlefields as they were at this time.

An example of this is Die Schlacht bei Arras which was published in Munich in 1918. It contains 350 printed images of the German Army in the Arras sector. Some of the photos date from 1916 but many were taken during the 1917 operations. They show the villages in a varying state of destruction, trench life for the Germans, British prisoners, shot down aircraft and numerous other scenes.

The above image shows British prisoners taken during the fighting in May 1917 being marched to the rear. The worst day at Arras was 3rd May when there were huge casualties with many prisoners of war; it is likely these men were captured at this time. The image is taken at one of the villages in the rear area close to Douai, which was the main logistics and supply centre for the German Army at Arras.

As part of the Oxford University WW1 Centenary project for Arras95 I have placed a selection of images on my Flickr pages which can be seen by following the following link: German Photos: Arras.

This image is from a German photograph and shows British dead from the 62nd (West Riding) Division left behind in the German trenches after one of the failed attacks. These Yorkshire Territorial troops took heavy casualties in the fighting of both April and May 1917. Among those who fought at Bullecourt with the division was author Henry Williamson, who later wrote the classic Tarka The Otter.

Arras: Canada Into Battle at Vimy

The Battle of Vimy Ridge, part of the northern operations of the Battle of Arras, which took place 95 years ago today, was one of the defining moments for Canada in the Great War. Up against formidable objective, all four Canadian Divisions – men from every part of Canada – took the ridge in five days at the cost of just over 10,000 Canadian casualties. Together with success in the British sectors at Arras, the sort of advance experienced on 9th April 1917 had hitherto only rarely been experienced and reflected the change in approach to battle not only in the Canadian Corps but in the British Army on the Western Front as a whole.

For a post-war Canada coming to terms with the lost of more than 66,000 Canadian soldiers in the Great War the fighting at Vimy took on a symbolism hard for others to understand; many felt that it was almost as if Canada as a Nation had come together on the slopes of Vimy Ridge. The French government gave the battlefield to Canada who turned it into a memorial park which today is one of the most visited sites on the Western Front battlefields, and one of the largest areas of preserved WW1 battlefield.

Today’s photograph is an official photograph but taken from a special album of photographs published during the war as part of an exhibition of Canadian war photographs. The photographs were printed in landscape format in quite large scale direct from glass negatives, so the quality is very high. This dramatic image shows Canadian troops going into action 95 years ago today on 9th April 1917 – they are men from the 29th Battalion Canadian Infantry who were operating on the southern end of the Vimy front.