Winter War: Snow In The Trenches 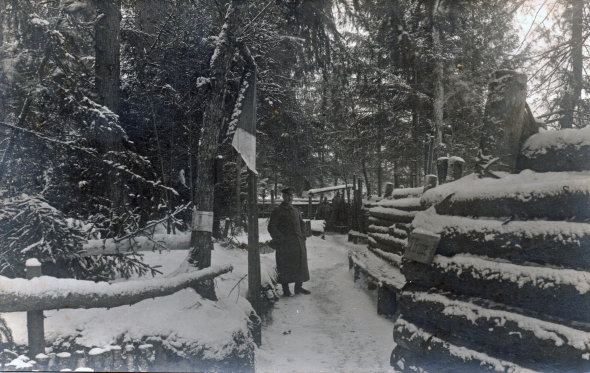 It is that time of year again and thoughts of the Old Front Line during the winter months of the Great War come to mind.

This image is from a German source and shows a well constructed trench in Eastern France, possibly the Vosges during the early period of the war. There are little signs of damage, which would indicate a second or third line position and while there is a man on sentry duty in the background, it is unlikely the enemy is very close. What is always amazing when viewing images like this is the thought that men lived in positions like this on a daily basis come sun, rain, or as in this case – snow.